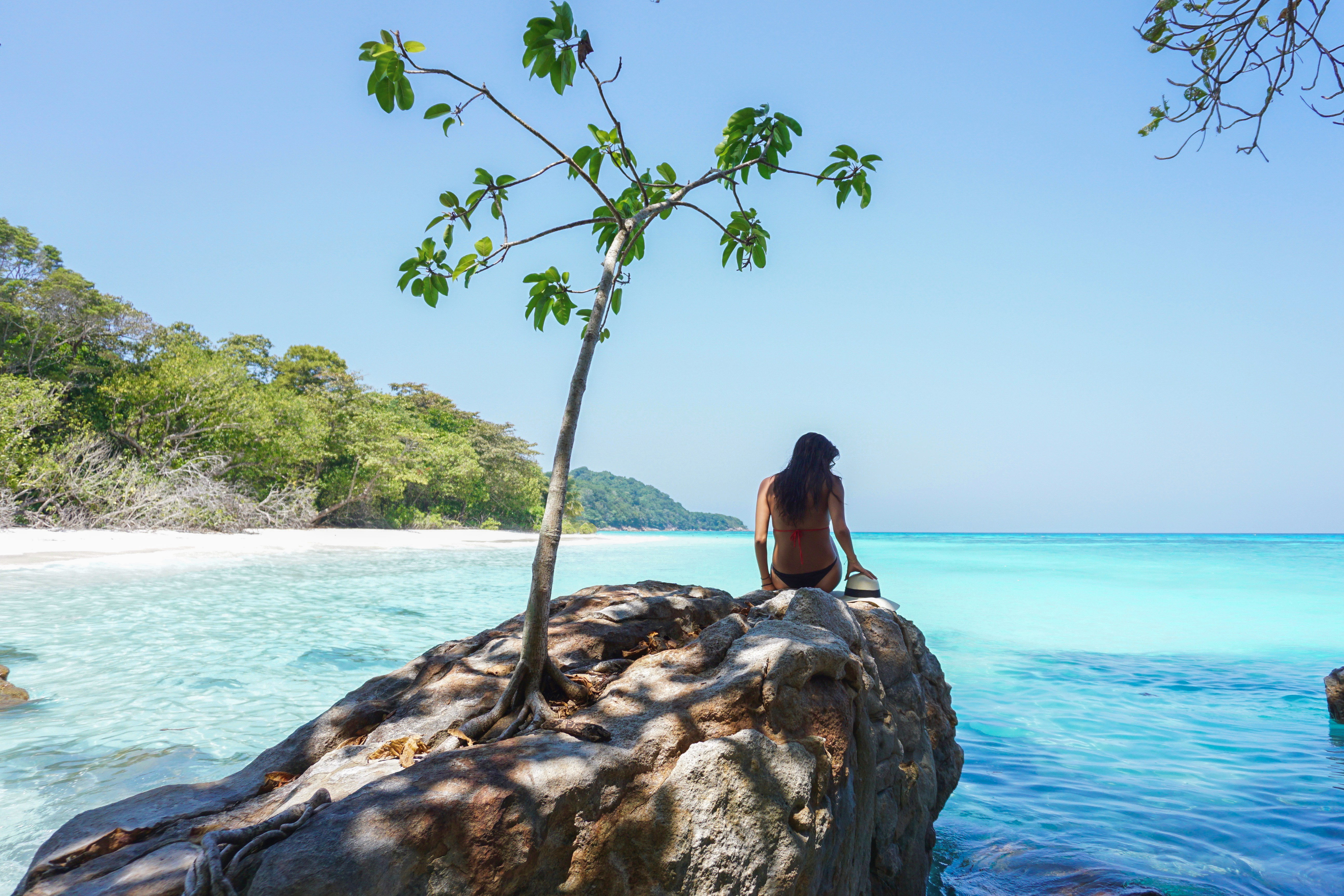 Honestly, this is one of the most beautiful places I have ever been to. Without even having touched ground on the island, I was already stoked from far away by it’s crazy blue water color. And then, when I was about to put my legs on the sand and take my first steps on the beach with its soft powdery sand, I realized that this is not a dream and I’ve actually found paradise.

But not only the island itself is stunning, you’ll find the most colorful and intact marine life which makes snorkeling almost exhausting because you want to make sure to not miss out on anything, like for example the octopus, who has some serious camouflage skills, I spotted right underneath me. A baby black tip shark was very curious and swam very close to the beach almost going unnoticed because everyone was so busy taking photos and selfies on the beach. We tried to escape the crowd right after lunchtime when everyone was relaxing at their tables and therefore we had the beach all to ourselves. 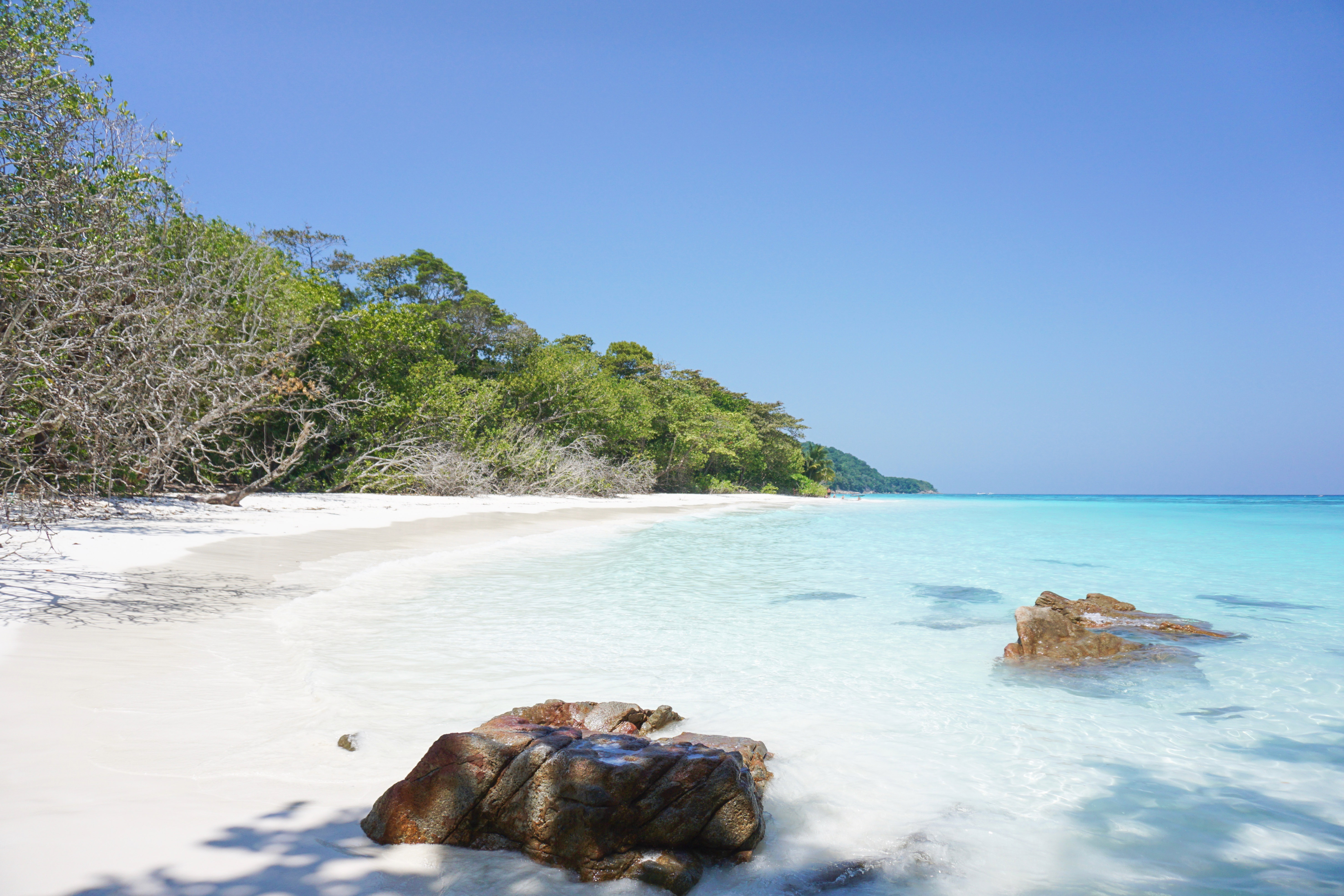 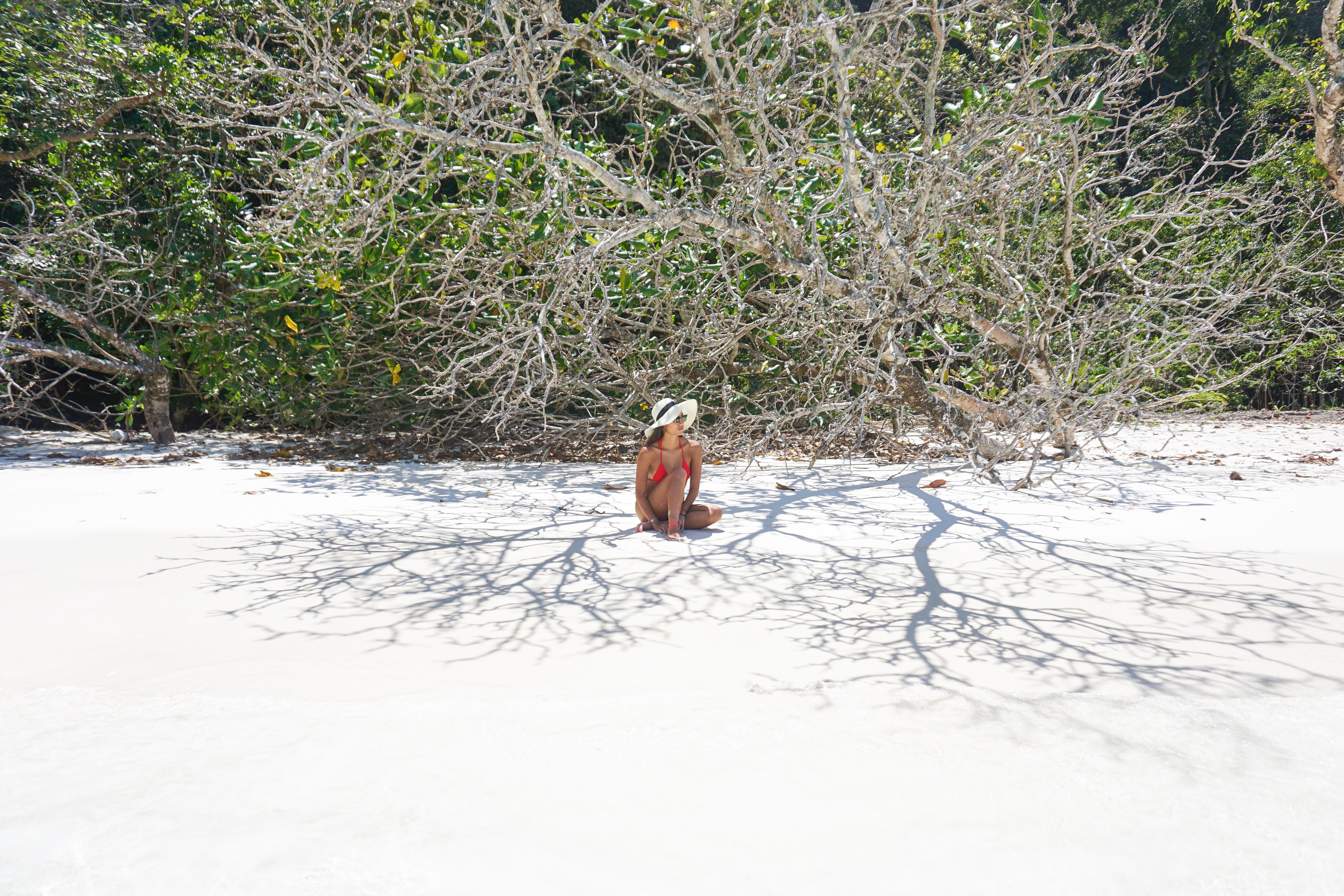 However, only a few months after my travels in Thailand, I read a BBC article about the closure of Koh Tachai because of the immense impact of mass tourism – tourists were stepping on the corals, feeding fish and even leaving lots of their trash behind. Even though there aren’t any hotels on the island and there also was supposed to be a limited amount of tourists (of course nobody who work offered daily tours cared to follow those rules), tourism managed to severely damage the islands natural surroundings. Don’t get me wrong, I was one of those tourists visiting the island, but people need to travel responsibly.

This trip to Southern Thailand was very eye-opening in terms of how heavily tourism affects mother nature – I saw garbage lying around everywhere: on one small island they even had to set up a fence in order to hide the piles of garbage which nobody cared to take back to the mainland. I’m not saying that only tourists have to take responsibilities, but also Thai people – implementing an efficient waste disposal system would be the best start and then Thai people need to be taught to live environmentally friendly and to follow the rules instead of ignoring them just for the sake of money. Since Thailand is one of the most visited countries in Southeast Asia, both parties will have to change for the greater good.